Written by Mark Grimley
Published on 14th September 2018
Updated on 26th September 2018
Share this guide
Results of our recent survey tell us 1 out of 4 people in debt believe they will never get out. Four years ago Andy, one of our survey respondents, slipped into his overdraft. What followed continues to haunt his financial decisions today and nearly cost him his current lifestyle. Andy agreed to share his story with us so you can avoid the same trap, beat debt and take control of your finances.

Andy was in a secure job and was freely spending money. Although Andy wasn’t saving money, he felt financially stable and was enjoying life. This was until the day he got stung.

In June 2014, Andy unknowingly slipped into his overdraft and was now being charged £30 a day until the balance was cleared. Without having the available cash to pay the fees, clear his overdraft and survive until payday, Andy was spiralling into debt with no obvious way out.

Find out where to get help in our guide, Where to turn if you’re struggling with debt.

What did Andy do next?

The initial feeling was panic.

I felt stressed and helpless. I felt like I was continuously paying off one debt payment, just to be hit with another. This impacted all parts of my life, I was arguing with my partner and couldn’t focus at work. I realised I couldn’t go on like this I had to take action.

Andy decided he had to take control. Unsure of the best place to turn, he reached out to a debt management firm to help him out. The debt management firm contacted those he owed money to and made suitable arrangements to clear his debt. They then consolidated all of Andy’s repayments into one manageable monthly payment which Andy was able to afford.

How did Andy take control?

It was daunting to begin with, and I was avoiding doing the extra admin but when you sit down to work it out it’s not as scary as you think and doesn’t take as long as you think.
Work out your budget in 2 minutes with the Choose Wisely Budget Planner.

How did Andy’s slip up impact his life down the line?

However, this slip up in 2014 meant that his previous bank account had gone into default. This default along with his use of debt management is still recorded on Andy’s credit file and still impacts how lenders judge Andy today.

Only recently it meant that Andy was not accepted for a premium credit card and other finance products, such as car finance. When applying for a mortgage Andy was unable to go to the high-street banks and instead had to consider alternative “more expensive” loan providers.

What should you take away from Andy’s story?

2. Get help if you need it. “If you’re struggling with debt, help is on hand. Do NOT suffer in silence.” If debt has become a problem here’s a list of places you can turn for debt help.

3. Take control and you can turn things around.

“Being judged by decisions I made up to 6 years ago feels so unfair, I wish I had taken my finances seriously years ago”

Improving your financial status is not impossible, as proved by Andy. Choose Wisely can help you take control of your finances with a step by step plan. 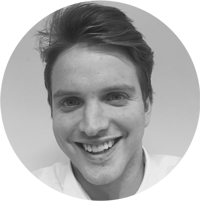