The Gig Economy: Everything you need to know 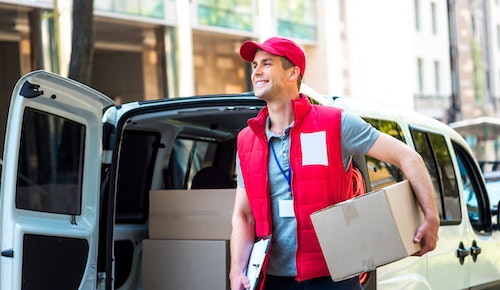 Written by Sarah Banks
Published on 18th July 2017
Updated on 3rd December 2019
Share this guide
You’ve probably heard a lot about companies like Uber and Sports Direct in the news. Maybe you’ve waited in for a parcel delivery from Hermes, or been stuck behind a Deliveroo cyclist? These companies are the big players in an exploding ‘gig economy’. But what does it mean to be a gig employee, and how can you make the most of this financial opportunity?

What is the gig economy?

If you’re working for a company as a freelancer, or employed on a short-term contract then you’re part of the gig economy. You could be self-employed, or work for a larger company delivering food or parcels.

It means that you’re probably able to choose the working hours that are best suited to your lifestyle and can fit around your other commitments. If you have kids, care for a relative or need some extra cash, a job in the gig economy might be your best option. It means you can work as much, or as little as you want to. According to the BBC, there are 5 million people employed in the UK’s gig economy, and it’s becoming the new normal.

Compare loans for the unemployed

Although working in the gig economy might sound great, there are plenty of problems that you’ll hear about in the mainstream media. This type of worker isn’t classed as an ‘employee’, so you wouldn’t benefit from many of the extras that your friends may think of as normal. Holiday pay and sick pay are usually not provided, and in some cases you could end up earning under the minimum wage. Being classed as a contractor also means that you’re responsible for sorting out your own taxes and aren’t eligible for a working pension.

The Huffington Post looked into how politicians are trying to identify the problems with a gig economy. For the government, it’s becoming an issue — if this trend continues, there could be a drop in tax revenue. That could impact services like the NHS, or mean that regular employees would have to pay higher taxes.

Am I going to get exploited?

As The Guardian reports, some workers believe that gig economy companies are exploiting their employees. People have taken their own employers to court, to fight for enhanced rights. Deliveroo, Uber and CitySprint couriers have all faced claims of this kind.

Some workers in the gig economy are worried that they’re losing control of their income. The Financial Times describes how a company like Uber takes the power away from their drivers. Rather than a customer paying the driver, then the driver paying to be a part of a taxi service, the gig economy flips this on its head. Now, the customer is paying Uber directly, so the company is suddenly in control of all the cash. So even though the driver is technically self-employed, they’re now completely reliant on one company holding up their end of the deal.

Is it worth it?

If you’re thinking of getting a job in the gig economy then do your research. It’s easy to jump at the chance to choose your own hours and have that freedom and flexibility, but check how much the company will take as their cut. Find out which benefits you won’t get that you may be used to - think of pension, sick pay, holiday pay etc.

This way of working is certainly non-traditional and like anything relatively new, will have its teething problems. It does seem that gig working is rapidly becoming the new normal, so if you’re comfortable working in this way then it’s worth exploring as an option.

Will it affect my credit score?

Remember that having a stable, full-time job is a major factor when it comes to getting a good credit score. If you’re saving for a mortgage or thinking of taking out a large loan, a gig economy job could make things difficult for your application. You can find out what sort of impact the change in employment would make by playing with your employment status in our Eligibility Checker.

Use the Choose Wisely Eligibility Checker to find a suitable lender in just a few minutes, without impacting your credit score.

Sarah joined Choose Wisely in July 2017, whilst still studying for her degree. Learning the ropes across different departments in the business including Customer Service Advisor for a period of time- making her the company’s closest link to their consumers experience with their finances.