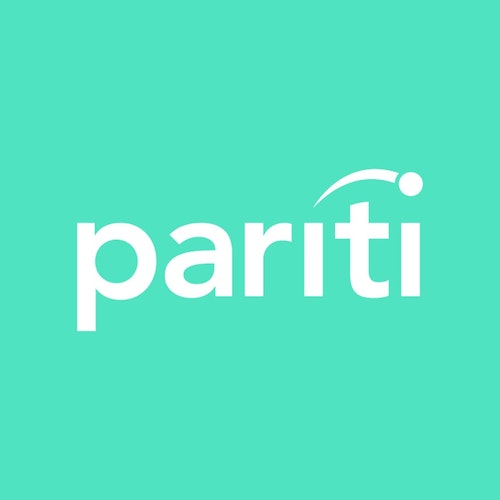 Getting to grips with a budget

As I said in my other review, I'm not great with money. I pay my bills and my rent and I make an effort to clear my cards, but generally at the end of each month I’m left potless without a clue where all my money's gone and pretty skint in the run up to payday. I got pregnant last year and started saving a little bit each month, so that I had a bit of a nest egg to cover my maternity leave (I'm now 3 months in). I'm doing my best to try to keep not spend that money I've saved and instead live on a reduced income. To achieve this, I've had to cut back and make smarter decisions with my money.

So, being asked to review Pariti was good timing... Pariti is a budgeting app available on iOS and Android. A clever app built by a British startup, they've garnered investment from big name VC's Index Ventures and JamJar and have set themselves the heady goal of improving the financial health of the nation.

The app has featured as one of Apple’s Best New Apps in January and it's been consistently in the top 15 finance apps in the AppStore since their launch. Goals are at the heart of Pariti and the firm's core values of simplicity, transparency and improvement are apparent throughout. The app positions itself as a planning app rather than an analysis tool and vs. MoneyHub (another app I've reviewed) , Pariti is simpler and may suit those trying to get themselves out of debt rather than those looking to manage savings.

Good looks and brains too

Pariti doesn't just look pretty (and it is a well-designed app), it also boasts some pretty clever technology under the hood. Its algorithms make financial predictions based on your current spending and automatically alerts you with projected savings so you know when to put some money aside or pay off your debts - all with the aim of achieving your set monthly goals. On the flip side, although the interface is well-crafted I did at times find the navigation a little confusing and data that I believe could be immediately visible required a number of clicks to find. Frustratingly, I also couldn't figure out how to change my spending goal which is a pretty vital function.

The main feature of the app though is the timeline, which works out how much you have left to spend before your next pay day indicating whether or not you're "safe". This takes into account spending habits along with any bills or debts that still need to be paid. I love this feature, it had me coming back to refresh each time I knew something had changed and although it could do with a couple of slight tweaks (it mixed my savings in with my current account) it's a killer-feature that sets Pariti apart from other mobile budgeting apps that I've tried and could be the key to its future success.

Overall, the team at Pariti are obviously headed towards something unique and interesting with how they handle your financial data and for those looking for a simpler interface, Pariti will most likely appeal over MoneyHub - it's definitely worth investing in the free trial to see what you think, even if you're a smart device novice. The app has huge potential and with a few tweaks especially in terms of categorising transactions, Pariti has the potential to change the way we think about spending.

Use the Choose Wisely Eligibility Checker to find a suitable lender in just a few minutes, without impacting your credit score.

Inez came on board in the Summer of 2019. Her main focus has been helping as many people as possible find our website through online marketing, writing content and partnership deals. She boasts 6 years of FinTech experience with other brands and has an in-depth knowledge of our customers.